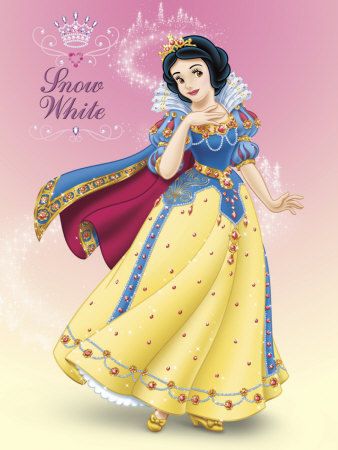 Am I a Geek because I like Royal Weddings? Probably, but, I really don’t care. You see, I find royal weddings enchanting, charming, and totally romantic. They bring back fairy tale dreams most little girls, including myself, had when we heard all those magical princess stories back when we were children.

I think the majority of little girls wanted to grow up to become princesses. That is of course, before they fully understood the difference between fantasy and reality and that life goals needed to be realistic, not a fairy tale illusion.

I know I wanted to be like Cinderella when I was growing up in the 1950’s. (Except for all the cleaning she had to do).  Or, a bit like Snow White.  She was lovely and had a way with animals. (But no, NOT the parts where she had to cook and clean for 7 little men. I always wondered why she did that. Goodness that was bizarre!!!)

Countless stories from books and Disney movies glamorized becoming a princess, and falling in love with a handsome Prince was standard reading in just about every story for girls back when I was growing up. Is it any wonder why every little girl wanted to grow up to become a princess? Even my grand daughter walked around in princess gowns, princess sleeping attire, and donned a tiara for quite a while after seeing the movie “Frozen”. So many themes enticing girls to meet their Prince Charming and live in a castle. Story after story revealed a prince or a knight saving a beautiful fair maiden and inevitably they’d end up living happily ever after. The princess was ALWAYS beautiful, (Princes never seemed to save ugly girls, only the prettiest girl in the kingdom.) AND she usually had blonde hair. Thank goodness Snow White was a brunette!!  Five year old Lesley had at least one princess with dark hair to look up to. My grand daughter has curls and she cried because all the princesses had straight hair.  (Who writes these princess stories anyway?  They are traumatizing our little girls!!!)

Yes, being a princess might have been a sweet dream to imagine when I was five. However, I learned early on that I didn’t need to be saved and if there were any dragons to be slayed I could handle those myself. I always thought I was adventurous enough to do what the boys in the stories did. Perhaps, because I had an older brother and I took great delight in trying to beat him (and his buddies) at running, basketball and all other sports. (BTW, I could hit a soft ball out of the park.)

But, in the 1950’s and early 60’s my mother reminded me that the boys wouldn’t like it if I beat them at everything. So, eventually I stopped out shining the males around me when it came to sports and moved on to other adventures. Like reading writing, dancing, drawing etc.

Yet, secretly, I think I still thought coaches made out of pumpkins and fairy godmothers who turned rags into ball gowns and delicate glass slippers, were incredibly special. The problem was, that as I grew up the majority of princes I met (or married) were nice enough fellows, I just discovered that it was “moi” who did ALL the saving. I remember thinking “When do I get saved? “ AND the parts of the fairy tales I didn’t like, (You know, all that cooking and cleaning stuff), I had to do that anyways as a wife and mother. I couldn’t win!!

So, I began to live my own real life fairy tales, since the ones in the stories didn’t seem to work on feminists very well. Especially during the turbulent 60’s and 70’s.

But, still …somewhere, deep down inside, I must have retained a tiny bit of the Cinderella story because I am sucker for a good romance. I do seem to love, love!

So… yes, royal weddings make me feel a bit nostalgic for the days  when I still thought my prince would come charging in on a white horse. It wasn’t until I realized that I was afraid of horses that I figured I’d have to scratch that fantasy. Besides, in a crisis, afraid or not, I always seemed to take control. Perhaps that’s because I was a divorced, single mother and single moms learn VERY quickly how to fill in and do any role. We’re really good at being a Mom OR a dad, a teacher, OR a super hero. Women are strong as hell and we can do just about everything!

I even became proficient at throwing around a football and a baseball to my sons, and I could hit a mean curve ball most of the time. So, you’d think that a strong, independent woman like myself wouldn’t be a sap for love stories involving princes and princesses, but I am.

Royal weddings give us all hope. They bring optimism that real life fairy tales can actually come true. And they are even better when the bride to be is a so-called commoner. That just tugs at my heart and brings the age-old stories right into the 21st century. Especially when our bride is an independent American feminist. How awesome is that??? It means that true love may really exist! And happily ever afters do too.

So… I am here to confess, that I too am caught up in the Megan and Harry love story. Corny you say? You bet. Shallow? Perhaps. But, I am a true romantic at heart and I enjoy a good love story. I always have.

And the fact that Harry was Diana’s baby boy and all of us, who were around during her tumultuous lifetime and adored her, makes this wedding even more meaningful.

I was teaching when the news of Diana’s accident hit the airwaves. My young female students came back from lunch in tears. Word had spread of her death. I was forced to address it in class and we shared a tenderhearted discussion about her good qualities and how helping those less fortunate was her legacy. It led to an essay of what each of us could do to exemplify her charitable character. I believe that spontaneous lesson was one of the best of my 36-year teaching career.

I have a particular fondness for Diana’s children. I feel like all of us mothers out there are watching over her boys because she can’t. And I think Diana would be very pleased with her darling Harry’s choice in a bride. He is marrying a strong young woman who seems to care a great deal about human rights and she clearly adores her soon to be husband. What more could any mother want for her child?

So… Yes, I’ll be watching the wedding. Not as it is happening… (Goodness knows I am not getting up that early), but I will watch it as they replay it during the day and feel that love won this time around.

Love beat convention and social guidelines. It beat prejudice and boundaries, and two lovely souls will be brought together as one. And I am sure I will cry. (I always cry at weddings.). And then no doubt, I will probably be subconsciously humming “Some day my prince will come” from one of Disney’s Princess films. Not a bad way to spend the day when Harry and Megan walk down the isle.