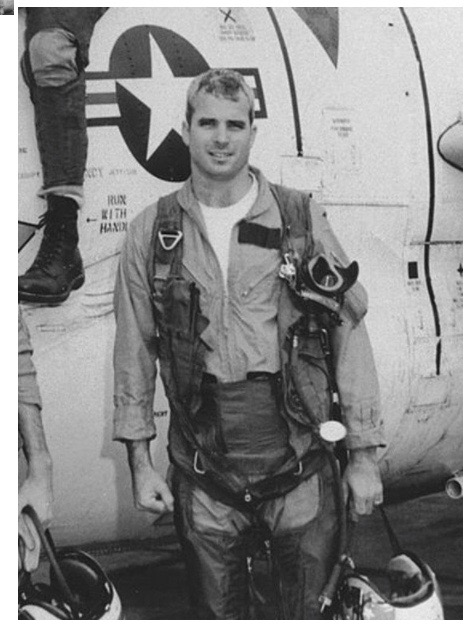 I had one of my “unique” dreams last night…
I was at John McCain’s funeral and his family was standing, lined up by his casket. I walked by and nodded paying my respects, but then looked up and saw John himself standing beside his children, dressed in full military garb. His face smiling, young and full of life. His arms and body repaired and once again whole from the tortures he endured as a prisoner of war.

I started crying when I saw him and he walked over to me. I spoke to him softly and said, “Sir, what is our country going to do without you? How is Congress going to proceed without the voice of reason? I fear there aren’t any decent people fighting for ‘We the People’ any more.”

He smiled and then put his hand on my shoulder. I could feel his strength and his warmth and heard him say,  “Don’t despair. Don’t stop fighting because it WILL eventually be alright. I’m not giving up the fight. I’ll still be there fighting for you, I promise. Even death cannot change my commitment to America.”

I looked up at him through tears and saw him grin. And then I asked, “But, how? I’m the only one who can see you.”

He laughed that maverick chuckle of his and replied,  “That’s true, but, some will feel my presence, and that will be enough. I promise you, I won’t stop fighting and you cannot give up either. Never ever give up! Will you promise me that?”

I nodded.  He once again put his hand on my shoulder and then turned around, looking  at me smiling as he walked back to his family who were kneeling by his casket weeping.

I waved goodbye and walked on… and abruptly woke up.

I have had many “special” dreams in my lifetime. Mostly from friends and family who have passed away. But when John McCain comes to you in a dream and tells you to keep fighting for freedom and liberty, you listen.

So that, my friends, is the message I share today. Keep up the fight for freedom because “WE the People” must be the conscience of America.